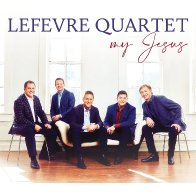 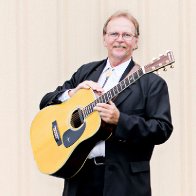 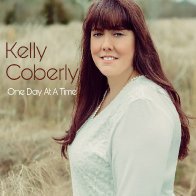 Few family names in Christian music evoke immediate thoughts of music like the name Crabb. There have been the Winans that certainly blessed us with amazing talent, the Goodmans with their distinct sound, or maybe the Blackwoods as the "original" quartet that toured, hugged babies, and sold records from the back of a station wagon. However, you would have to look long and hard to find a family in modern history that impacted the Christian music world like the Crabb Family.

This family came on the scene back in the mid 90's with enough energy to plow through most obstacles. They blessed us with smiles, music, love, an amazing work ethic, and they were eager to share their lives with those of us that watched and loved them back. It was an overnight success story by most comparisons, with nearly 20 #1 songs, 11 Dove awards and multiple Grammy nods, in less than ten years. They toured from the Grand Ole Opry,...

In 2002, James Blackwood went to be with the Lord, but his sons, Jimmy (James Jr.) and Billy continued the 78-year tradition. Recently Jimmy retired after singing for 49 years and his younger brother, Billy now carries on the quartet which has the distinction of being the best-known name in Gospel Music...

While Brian and the group have enjoyed tremendous success in their musical careers, their first priority has and always will be their families. Brian, his wife Pam, and his youngest son Bryce currently reside in Winston, Georgia, while his oldest son Ricky and wife Kelly reside in Franklin, Tennessee. Ricky traveled with the group playing drums for nine years, but he is now a full-time studio musician, producer, and writer. Bill Shivers (Lead), along with his wife Michelle and daughters Brittany & Sara-Elizabeth, currently reside in Temple, Georgia. Derrick Selph (Baritone) currently resides in Villa Rica, Georgia with his wife Jennifer and their daughter Lydia. Jeremy Lile...

After three months and 36 candidates for the position, Mark Trammell has announced today that Randy Byrd will be the new bass vocalist for the Mark Trammell Quartet. Mark shares, “We are thrilled with the overwhelming inquiry about this position. And after much prayer and consideration, the group collectively feels that Randy is the man for this season of our ministry.”

Many of you will remember Randy from his recent years with the prestigious Blackwood Brothers Quartet. He also logged some miles with our friends the Mike Lefevre Quartet and the Songfellows. Randy relates the following upon receiving confirmation from Mark.

“At 12 years of age, I heard The Cathedrals sing There is a Fountain and I was hooked!! I told my mother that night after hearing George Younce, ‘When I grow up, I want to be a bass singer.’ God has blessed me and allowed me to sing with...

IT ALL BEGAN IN THE LATE FIFTIES, WHEN ANNA {MAMA} BYRD WAS A SONG LEADER IN A LOCAL CHURCH, WOULD TAKE HER TWO TODDLERS, LETTING THEM SING AS SOON AS THEY COULD CARRY A TUNE AND HOLD A MICROPHONE.

IN 1976 MAMA, JEANIE AND ELIZABETH WERE BEING INVITED TO DIFFERENT CHURCHES TO SING. THEY SANG WITH ONLY A FLAT TOP GUITAR, AND MAMA BYRD WOULD SOMETIMES PREACH REVIVALS. SPRING OF 1977 THEY RECORDED THEIR FIRST ALBUM WITH COMBINED MONEY FROM INCOME TAX RETURNS.

RECORDINGS WERE SELLING AND DATES WERE BOOKED WELL IN ADVANCE, MORE MUSIC WAS NEEDED. ELIZABETH LEARNED TO PLAY THE BASS GUITAR AND JEANIE PLAYED TAMBOURINE AND HAS SINCE GRADUATED TO PERCUSSIONS. ROUNDING OUT THE STRING MUSIC IS JEANIE'S HUSBAND, FERRELL BAILEY WHO PLAYS FLAT TOP GUITAR AND ALSO DOES THE DRIVING AND TAKES CARE OF THE SOUND. DUE TO RECENT CHANGES IN THE MINISTRY THEY PERFORM WITH SOUND TRACKS...

Years passed as John, Betty and their sons Jeff and John sang together, but as the family matured, change was on the horizon. In 1986, The John Whisnant Family was scheduled to sing with another family group and there Jeff met his future wife, Susan Dry. Susan had been singing with her parents since she was 12 years old. Her father pastored a church where Susan was given a glimpse into the life of ministry. While Jeff and Susan dated, Susan began singing with Jeff’s family and when the couple married in 1988...

The Singing News Magazine and the Southern Gospel Music Association have named Greater Vision Gospel Music’s Favorite Trio. They have also received numerous honors for Song of the Year, Album of...

HEARTS OF FAITH, an award-winning sister duet, is excited to release to radio “It’s Good to Go Home”  from their newest project, “Treasures.” The song was written

by Kenny Webb  while Kenny was waiting for a loved one to pass on into eternity. The song shares the feelings for the one going home, instead of those being left behind. And, for a child of God, it IS “good to go home.”

HEARTS OF FAITH has garnered much acclaim, receiving various nominations and awards from both Southern and Country Gospel music industries. The variety of music style and that “family harmony” definitely captures the listener’s heart.

To learn more about HEARTS OF FAITH and hear their music, visit their website at:

www.heartsoffaith.biz. They also invite you to visit them on Facebook... 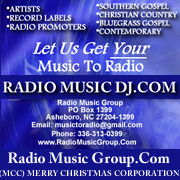