Fly Away With Jesus

The Griffins » Audio » Fly Away With Jesus 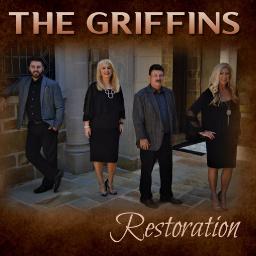 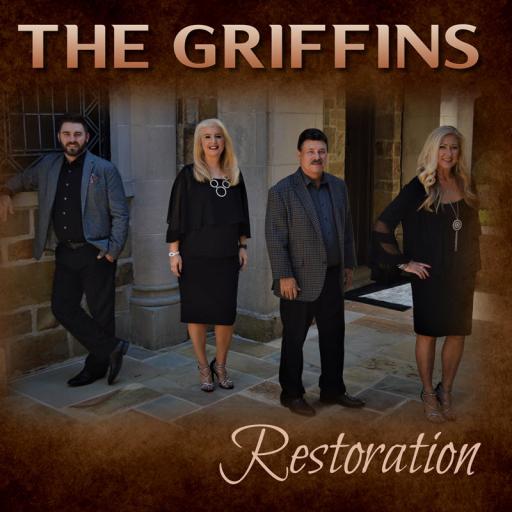 The Griffins are a Progressive Southern Gospel trio from Spartanburg, SC. The group has been ministering through song and personal testimony for a little over nine years and have shared their ministry at the prestigious Billy Graham Evangelical Associations Head Quarters and Library grounds, Dollywood, Loretta Lynns Ranch, and worship centers both Nationally and Internationally. The trio has also made personal appearances by radio and television.

The Griffins were awarded the “2013 and 2014 Mixed Trio of the Year” at the 93rd and 94th State Annual Sing in Benson, NC. They also clinched two Top 10 2013 Diamond Award nominations in the following categories: Sunrise Award – The Griffins and the Anthony Burger Instrumentalist Award – Tim Griffin. The Griffins also took part in the 2012 pre-show of the Diamond Awards.

Tim Griffin is an accomplished pianist in the Southern Gospel music industry. In 1980, Tim started his professional career playing piano for Alphus LeFevre and “The LeFevres” from Atlanta GA. Throughout his career in gospel music, he has had the privilege to work with artists such as Karen Peck Gooch, Mike LeFevre, Brian Free, Eva Mae LeFevre, Rosie Roselle, and many others. In 1983 he helped to organize a male quartet from Spartanburg SC known throughout the Southeast as "The Regals" before forming The Griffins.

Angela Griffin has a strong, rich alto voice and traveled throughout the Southeast with her family, The McCrays growing up. On December 31, 2002 she married the love of her life, Tim Griffin. Tim and Angela then combined their musical talents and formed "The Griffins". They have traveled throughout the United States and Haiti sharing their musical talents. Angela served as a staff writer for the prestigious SGN Scoops Digital Magazine before accepting the News Directors position with Global Promotions. Angela also serves as lead vocalist for Love A Child, Inc.

Joshua Horrell is no stranger to gospel music and neither is his family. He has been singing his entire life. His parents met while they were singing and playing in the same group in the 80s called the Celestials. His mom, Cheryl, is currently holding down the soprano spot with her family group, Biney English Family. His dad, Ricky, played drums for the legendary Dixie Melody Boys in the early 80s and currently plays for his home church. Speaking of Biney English, Joshua is the nephew of him and his brother Michael English. Joshua first hit the stage at the age of two where he joined his grandmother. Later on, they both started the Horrell Family where Joshua sang by his grandmothers side for 8 years. A move to Nashville after graduating started Joshua’s full time career in singing. Joshua has sang with many recognizable groups but most recently, the legendary Kingsmen Quartet where he gained the nickname Zeke and Tenor Bird from Ray Dean Reese. After his departure from the Kingsmen, Joshua was then at Biblical Times Theater in Pigeon Forge where he performed for 2 seasons. After a short hiatus, Joshua is now stepping back on the stage with us! When Joshua is not on the road, he is most likely spending time with his Dalmatian, Pongo. Joshua is such an amazing talent and we are so happy to have him with us! You will love and enjoy his outgoing and charismatic personality!

Soprano vocalist Melissa Cates, is the newest member of The Griffins and resides in Vonore, Tennessee. She is one of the finest soprano's in our genre today. Melissa carried the song, "I'm Glad I'm Saved", to #9 on the Singing News National chart.

The Griffins welcome every opportunity to share the love of Christ. It is their desire to see lost souls come to know Christ through their ministry and share their heart for missions.